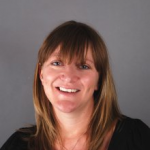 I completed my PhD in 2006 with Professor Andrew Parrott and Dr John Turner at UEL, looking at the long-term psychological effects of problematic ecstasy (MDMA) users, and have worked as as lecturer and now Principal Lecturer, and Deputy Subject Area Head, at the University of East London (UEL) in the Psycholgical Sciences subject area. My  research has been published in a number of international peer-reviewed journal and presented at numerous national and international conferences.  I am an active member of the UEL Drugs and Addictive Behaviours Research Group. This group builds on our tradition of studying the neuropsychological effects of drugs, as well as behavioural addictions. I am also an active member of the UEL Substance Use and Misuse Network (SUM);  an interdisciplinary network of academics, researchers and practitioners from different UEL schools,who share an active interest in the field of substance use and misuse.

Methods: Data collection was from a number of online drug forums, using an unobtrusive, passive observational approach.  65 discussion threads were identified which related specifically to discussion about the use of cannabis in e-cigarettes only; written in English and dated between 2009 and 2016.  Thematic analysis was conducted on forum threads to identify both surface level (i.e. semantic) themes and interpretative (i.e. latent) themes.

No conflict of interest