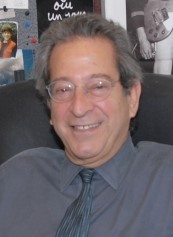 The fields of Addiction Medicine and Addiction Psychiatry lost a pioneer, innovator, and luminary with the death of Robert B Millman MD on August 14, 2017.

He was known to generations of clinicians, patients, and public figures as a prolific scholar, tireless teacher, devoted clinician, and selfless public servant. He was beloved by countless students and patients, and will be remembered for his charisma, intellectual curiosity, academic generosity, inclusiveness, and spirit of adventure and fun. He was the Saul P Steinberg Distinguished Professor of Psychiatry and Public Health at Weill Cornell Medical College from 1987 until his retirement in 2009, Acting Chairman of the Department of Public Health from 1992 to 2000, and Chief of the Division of Community and Public Health Programs, in the Departments of Public Health and Psychiatry, from 2000 until 2009.

Robert Millman began his career as an internist in the mid-60’s and spent 2 years at the National Institute of Allergy and Infectious Disease.  As the backstage physician at the Fillmore East, he saw firsthand the complexity and depth of addictive disorders. After having trained with the groundbreaking founders of addiction treatment, Vincent Dole and Marie Nyswander, at Rockefeller University, he was awarded the Career Teacher Trainee in Drug and Alcohol Abuse by the National Institute on Alcohol Abuse and Alcoholism. He used this opportunity to complete a residency in psychiatry at Weill Cornell Medical College, where he remained from 1970 until 2009.

During the first two decades of his career, the study of addictive disorders was as stigmatized as the patients, who were seen as untreatable sociopaths. In this environment, Dr. Millman began his mission of disseminating knowledge about the disease of addiction to all disciplines.  From 1975 to 1985 (five editions), he wrote the chapter on Addictive Disorders in the Textbook of Medicine (Beeson, McDermatt, Wyngaarden, Smith). He edited, along with Joyce Lowinson and Pedro Ruiz, one of the earliest textbooks in the field, Comprehensive Textbook of Substance Abuse (Lowinson, Ruiz, Millman), first published in 1981, with three subsequent editions. In 1978, he started one of the first Addiction Fellowships in the country, producing and inspiring many compassionate clinicians, dedicated teachers, and scholars who have perpetuated the productivity of our field.

Dr. Millman learned his clinical craft from treating hundreds of patients from all walks of life, particularly the patients no one else wanted to treat. To Dr. Millman, everyone was a teacher, especially patients. In 1970, he founded and became director of the first adolescent methadone program, the Adolescent Development Program (ADP). In the 1970’s and 1980’s, he consulted to the Department of Corrections, New York State Physician’s Health Committee, and became extensively involved with many iterations of Occupational Mental Health and Addiction services: founding Cornell’s Employee Assistance Program (EAP) in 1981, overseeing the addiction and mental health treatment programs for the Doorman’s Union 32B-J, Carpenter’s Union, and Teacher’s Union. In the 1990’s, he was Medical Director of the occupational addiction program for Major League Baseball, consultant to addiction programs of the Association of Tennis Professionals and the National Football League, and continued his work with New York State’s physician health program.  He was an advisor to, or on the Board of, countless community and governmental initiatives and agencies such as Partnership for Drug Free America and the President’s Commission on Mental health.

His greatest legacy by far, will be as a teacher and mentor to medical students, residents, physicians, nurses, social workers, addiction counsellors, and anyone in the clinical and public service community who had the pleasure and privilege of experiencing his entertaining teaching style. They learned from him how to never judge, be humble, always respect, and always be skeptical.   By all the above who owe him gratitude, he will be deeply missed.